This post originally appeared on my old blog. Please note that the ATA database is now located at GitHub.

The 1 October 2012 issue of GSA Today (a science and news magazine by the Geological Society of America) features a new article from our research group, primarily written by my friend and colleague Gabriel Veloza. There are two contributions in this paper: the first is an open-source active fault database called Active Tectonics of the Andes, or ATA-1.0, and the second is an overview of northern Andean tectonics and an interpretation of the overall fault kinematics as resulting from variably-oblique subduction. 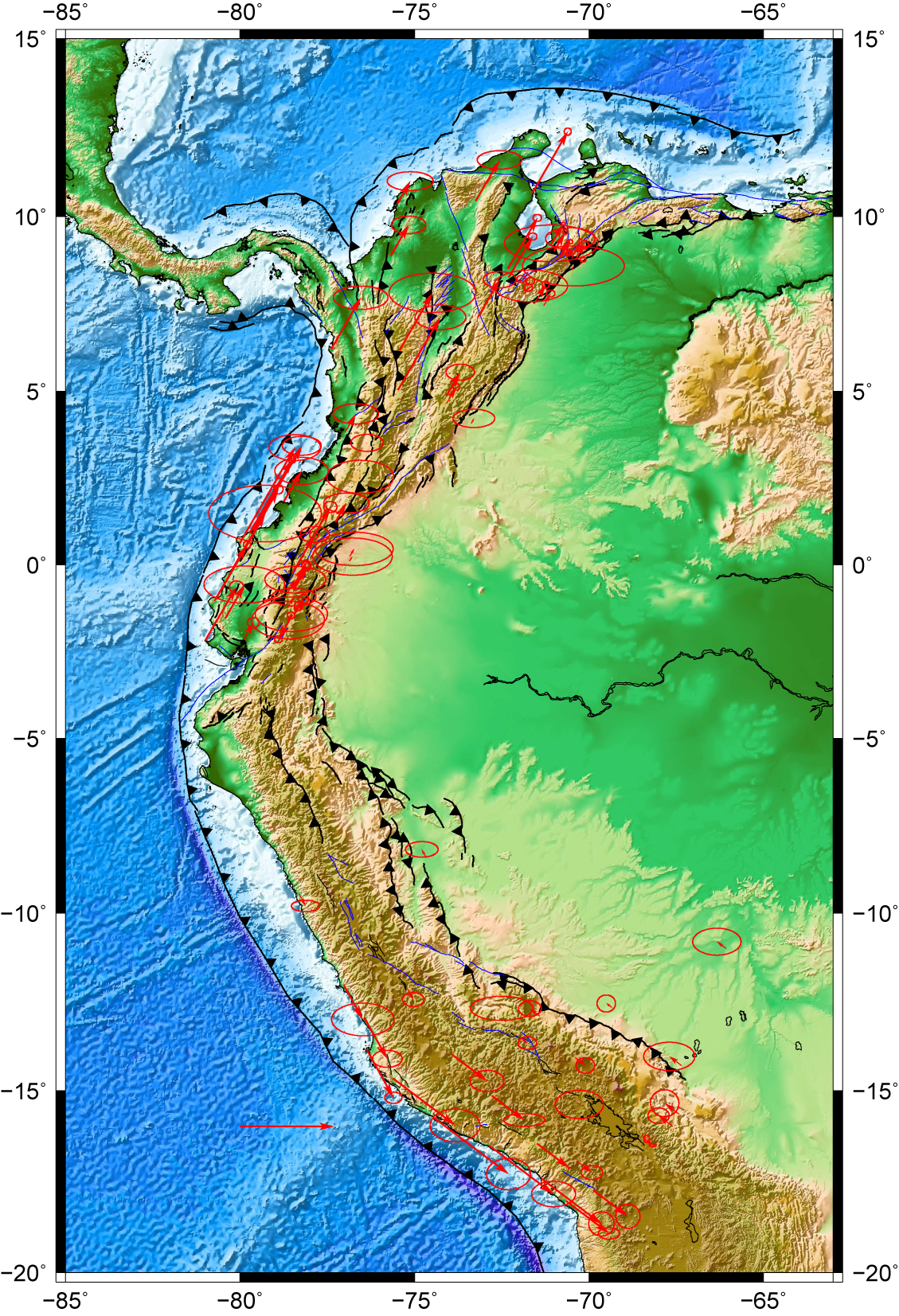 Arc-parallel component of the northern Andean GPS velocity field, with faults from ATA-1.0. Arrow in ocean is 2 cm/yr.

Similar to our HimaTibetMap database, ATA-1.0 is available in a ArcGIS vector .shp file, as a Google Earth .kml file, and as a text file (called .gmt, but it’s ascii) for GMT. Our hope is that this database is useful not just to researchers, but to the broader community as well, especially those really making a difference in education and hazard management. One of the sobering things about the database is seeing how many major South American cities are close to active faults.

Currently it only covers the northern half of the orogen, which is where our research is focused, but over time we will expand it southward. And if you’re knowledgeable about active tectonics in the central and southern Andes, please contribute! This is intended to be an open-source project, and we’d love to have more collaboration.

The second contribution in the paper is the interpretation of the orientation and kinematics of active faulting, as well as the GPS geodetic velocity field, as the result of variably-oblique subduction along the western margin of northern South America. Basically, because of the convex shape of the margin, there is a strong oblique component to convergence north and south of the westward-most point on the trench, where convergence is mostly normal to the trench. This results in dextral arc-parallel faulting in northern Ecuador and Colombia, along the Guaiyaquil-Algeciras fault system, and left-lateral arc-parallel faulting on various smaller faults in Peru. Because the arc-parallel movement is divergent, arc-parallel extension is prevalent where convergence is arc-normal, in the Gulf of Guayaquil. 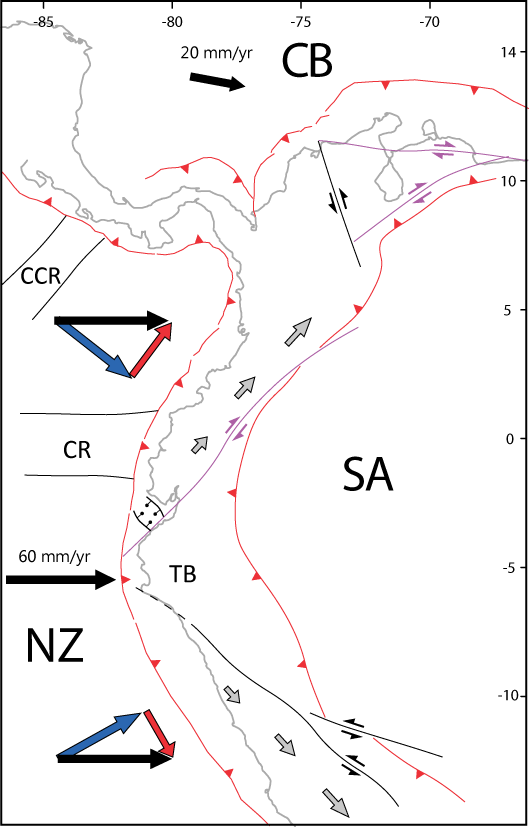 This is all more fully detailed in the GSA Today article. Go read it!